Church works alongside families in Ciudad Bolívar during Holy Week 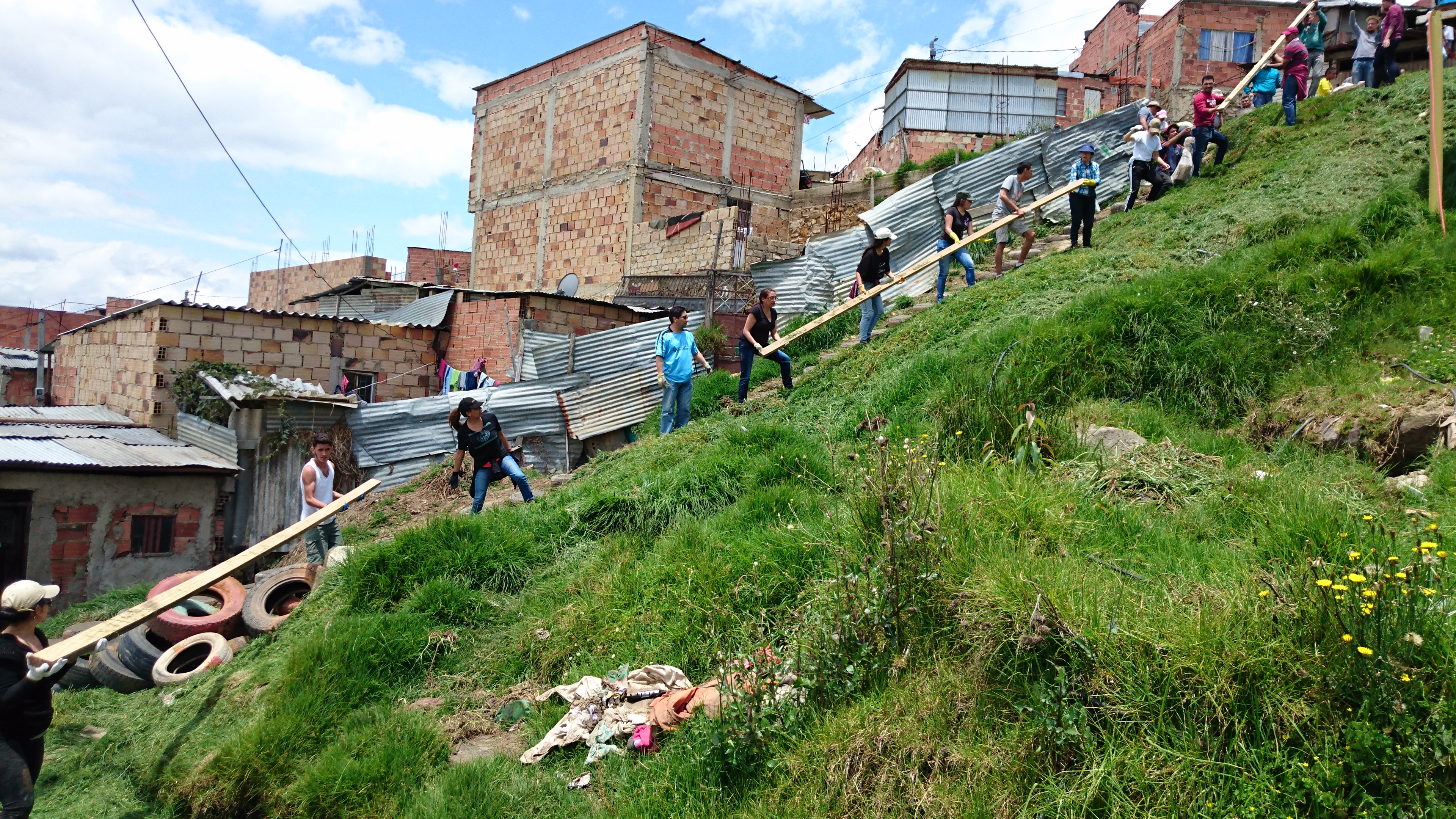 Church Works Alongside Families in Ciudad Bolívar During Holy Week

The church exists to be a source of love and support to the community, and even more so in this time of countrywide peacebuilding. 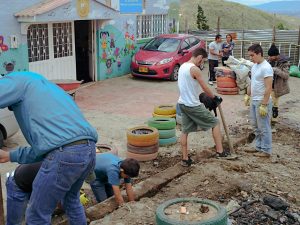 As a result of a Christ-centered conviction, a group of more than 150 members of the El Encuentro Church traveled to Ciudad Bolívar to serve alongside dozens of families in the community. It was a powerful day for all involved as each was involved in a very tangible, collaborative effort to create a better future for their city.

The group divided into various teams. One team took on construction projects; projects like installing toilets and repairing and building bathrooms. Another project involved replacing the roof of a community leaders’ home, a single-mom who has worked closely with FSE in the various community peacebuilding projects that FSE operates in her neighborhood. 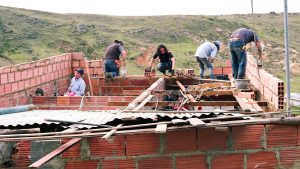 Another team served in the El Encuentro Community Kindergarten playing with and caring for a large group of neighborhood children, many who are victims of the forced displacement caused by the armed conflict in Colombia. The women and youth from the church showered love on the children, sharing with them the message of salvation and praying over them. And, another team at the kindergarten offered medical care and optometry consults. 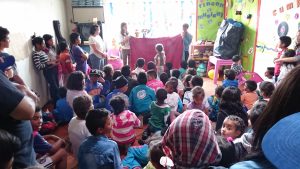 Yet another team took on restoring one of the main paths in the community, one that leads up a steep mountain slope. The path receives a lot of traffic as it leads to the main road where community members take public transport to work; it also leads to the football field and the community center.

This Holy Week was special as it acted as a reminder to the church that being disciples means actively loving your neighbors in need. At the same time, the community members that worked alongside the church members expressed their gratitude for the message communicated through the church’s service, a message of a faith that unites, brings hope and brings holistic transformation.

The church takes pleasure in serving, giving testimony to Christ’s love and working towards a more just, peaceful city, being a “people and a place of encounter with God.”

If you would like to donate to support other families and communities in need, please email us at responsabilidad.social@fundacionelencuentro.org